Why Cannabis Causes Paranoia in Some People? 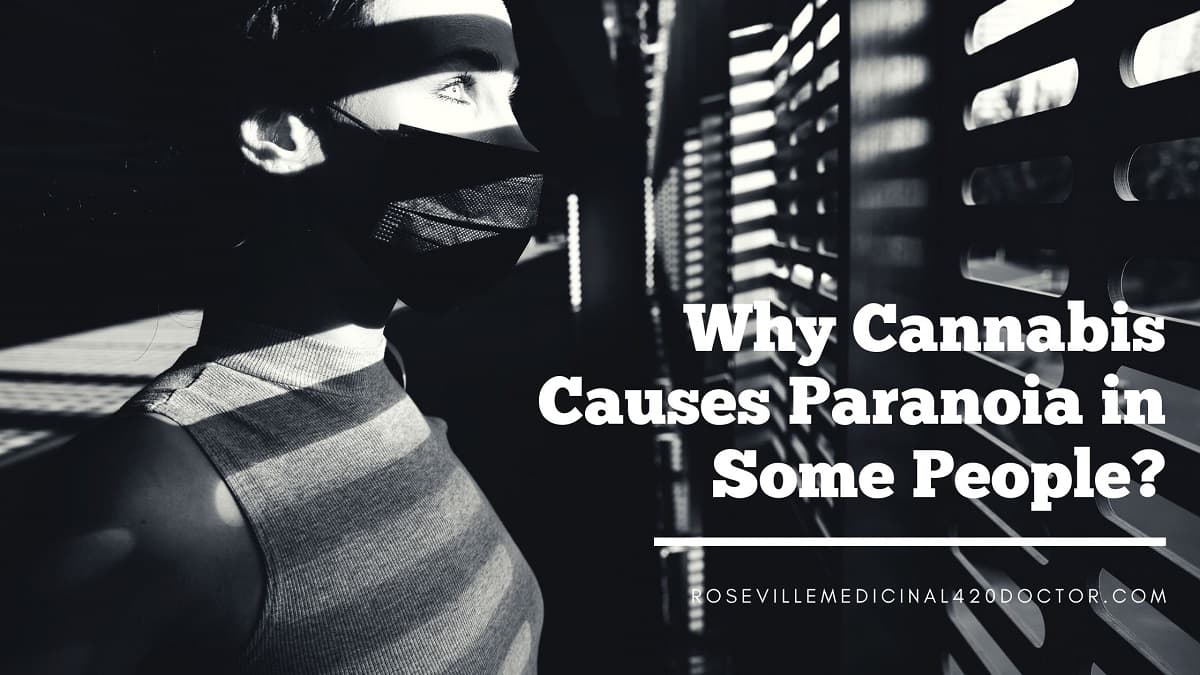 After smoking cannabis, have you ever felt something odd happening around you? Maybe hearing noises out of nowhere, or seeing some cops banging on your door to bust you? But when you investigate, it’s just your cat jumping up and down!

If you have been through something like this, trust me, you’re not alone. A lot of people get paranoid after smoking cannabis. In fact, it is one of the very complex properties of the herb.

In this article, we’ll tell you what this paranoia situation exactly is and what are some things that may trigger it. Also, we’ll discuss some ways suggested by 420 doctors to help you avoid it.

Paranoia is a condition in which you start believing that you are in danger and something is going to harm you. The feeling, though, is based on nothing but your internal fears. When you are paranoid, you begin to think that people around you are going to hurt you, even if there’s no reason for it.

Do you know there are studies that suggest that at least 50 percent of people in the world have paranoia? The intensity of these may vary. But still, the number is huge. This proves that this is not something we can call an abnormal behavior.

Here are some of the common symptoms that come with paranoid thinking:

But What’s With Cannabis And Paranoia?

Simply telling, cannabis has the ability to activate the areas in your brain that control your fear and emotions. As per the research, the herb acts on a part of your brain called “the amygdala.” This is the part that tells you to either fight or flight in a situation. And cannabis has a direct effect on this part.

The main culprit here is THC. The problem is that, in most cases, when THC interacts with the CB receptors in the amygdala, it reduces anxiety. But in some extreme cases, it may do the opposite. This is what we call “the biphasic effect.” This means the herb induces completely different effects if you consume it more.

However, it’s not just higher consumption that causes anxiety. Sometimes, you consume just the right amount and still feel paranoid. So, why does that happen?

Other Risk Factors That May Cause Paranoia

There was a study in the year 2009 focusing on marijuana and anxiety that suggested cannabis users are more anxious as compared to others. However, it also pointed out that, out of all participants in that study, there was a significant number that already had anxiety before using cannabis. They were, in fact, using the herb to find relief. This means cannabis wasn’t necessarily responsible for the problem.

So, what may induce paranoia in such cases?

Well, there are several risk factors. Some of which include:

How to Avoid Paranoia While Consuming Cannabis?

As you understand, the herb affects everyone differently, so there isn’t any fixed set of rules that may work for everyone in order to avoid anxiety and paranoia. However, there still are a few things you may do. These are:

While feeling paranoid while consuming cannabis is not something uncommon, by following the above tips, you may be able to avoid it completely. However, if you still somehow end up with it, keep in mind, the herb is completely safe. Remind yourself that it’s just a phase and you’ll be fine in some time. You should know that there hasn’t been a single death in the recorded history of cannabis. So, even if you end up becoming paranoid, in the end, it’s all going to be fine.